Advertisements sometimes offer valuable speech platforms to companies and products — if TV networks let them. Do companies have a right to advertise anywhere if they pay enough? What if a network’s decision to pull an ad stems from an unprecedented standard rooted in gender-based biases? Welcome to the 2020 Oscars.

This year’s prestigious awards show censored a commercial from the company “Frida”, which sells postpartum recovery products. The ad depicts a new mother getting out of bed with her crying baby in the background. This mom wears mesh underwear and a sanitary pad. She goes to the bathroom and struggles with replacing her undergarments and washing herself with a squeeze bottle. The ad portrays a difficult, universal experience for mothers — navigating postpartum healing while taking care of a newborn. The tagline is: “Postpartum recovery doesn’t have to be that hard.”

Couples who experience pregnancy are familiar with the situation depicted in the advertisement; however, ABC and the Academy of Motion Picture Arts and Sciences deemed the ad too “graphic” to air. This decision is not the first time in recent months that a network has pulled advertisements that speak to women’s lived experiences.

In October 2019, CBS refused to air an ad for Thinx, a company that sells menstrual products. The advertisement portrays an alternate universe in which cisgender men menstruate. It contains a scene where a boy wakes up with a bloodstain on his sheet and another where a man has a tampon string sticking out of his underwear in the locker room. The company immediately cut the bloodstain scene because of the industry-wide precedent of using blue liquid in tampon ads instead of blood. CBS ultimately rejected the ad entirely for the “graphic” tampon string, according to the New York Post. A few networks accepted the tampon string-free version.

Media coverage combined with social media outrage prompted CBS to review and reaccept the Thinx ad. However, Frida’s ad will never get the exposure it sought and deserved at the 2020 Oscars.

The YouTube comments on Frida’s ad illustrate the public reaction. Many women wish that the media depicted their struggle like Frida’s ad more often, because they had no idea what to expect. Partners backed them up, grateful for a realistic advertisement. Some users tried to post the ad on Facebook and were denied because of the platform’s content policy, limiting their ability to spread the ad through social media.

Angry online reactions do not undo the damage of the initial decision to pull the ad. When considering other advertisements aired on Oscar night, the choice to censor this one is confusing. Promos for “The Bachelor” reveal a shirtless Peter Weber being sensually rubbed by dozens of female hands. If partial nudity was a problem for Frida, it certainly wasn’t a problem for ABC’s leading man.

Contemporary TV shows, including many on ABC, show pregnant women going into labor, screaming in the delivery room as their newborn enters the world. “Grey’s Anatomy,” a popular medical drama, depicts stillbirths, miscarriages, abortions, and labor without a problem. The show is also known for surgery shots that show human organs and gruesome post-op recovery. Why does more realistic content get flagged for highlighting the postpartum experience?

For media powers like CBS, ABC, or Disney, it is easy to assume that certain content may be uncomfortable for their viewers. The Federal Communications Commission bans obscene, indecent, or profane programming, but the guidelines leave broadcasters with a lot of discretion over what they air. Most of the language describes banning content that is sexual in nature or deemed inappropriate by the average person. Overt nudity is always banned, but interpretations depend on cultural contexts and move with time.

Often, the guidelines shift depending on the story being told. Thinx can show a tampon, but not when it is being used. Frida can show a perfect baby and an unrealistically comfortable mother, but it cannot show postpartum reality. Networks encourage companies to show sensationalized versions of women’s lives while refusing to use their platform to normalize their reality.

Networks should allow companies to express the experiences of women without filtering them to be sexy, cute, and comfortable. Whatever holds companies from embracing reality also prevents viewers from abolishing stigmas against being a woman. Especially for events where women are the primary audience, real ads are informative, inspirational, and relatable.

The actress in the Frida ad described her experience to Elle, “Society is unaware of how awful it is for women. I’m really glad the commercial is starting a conversation that has never really been had before. I’m hoping that more women will see it, and feel free to throw around ‘vagina’ and ‘tearing’ and ‘stitches’ and ‘bleeding.’ It’s 2020, nothing needs to be hidden like that! This is real life. Let’s talk about it.” 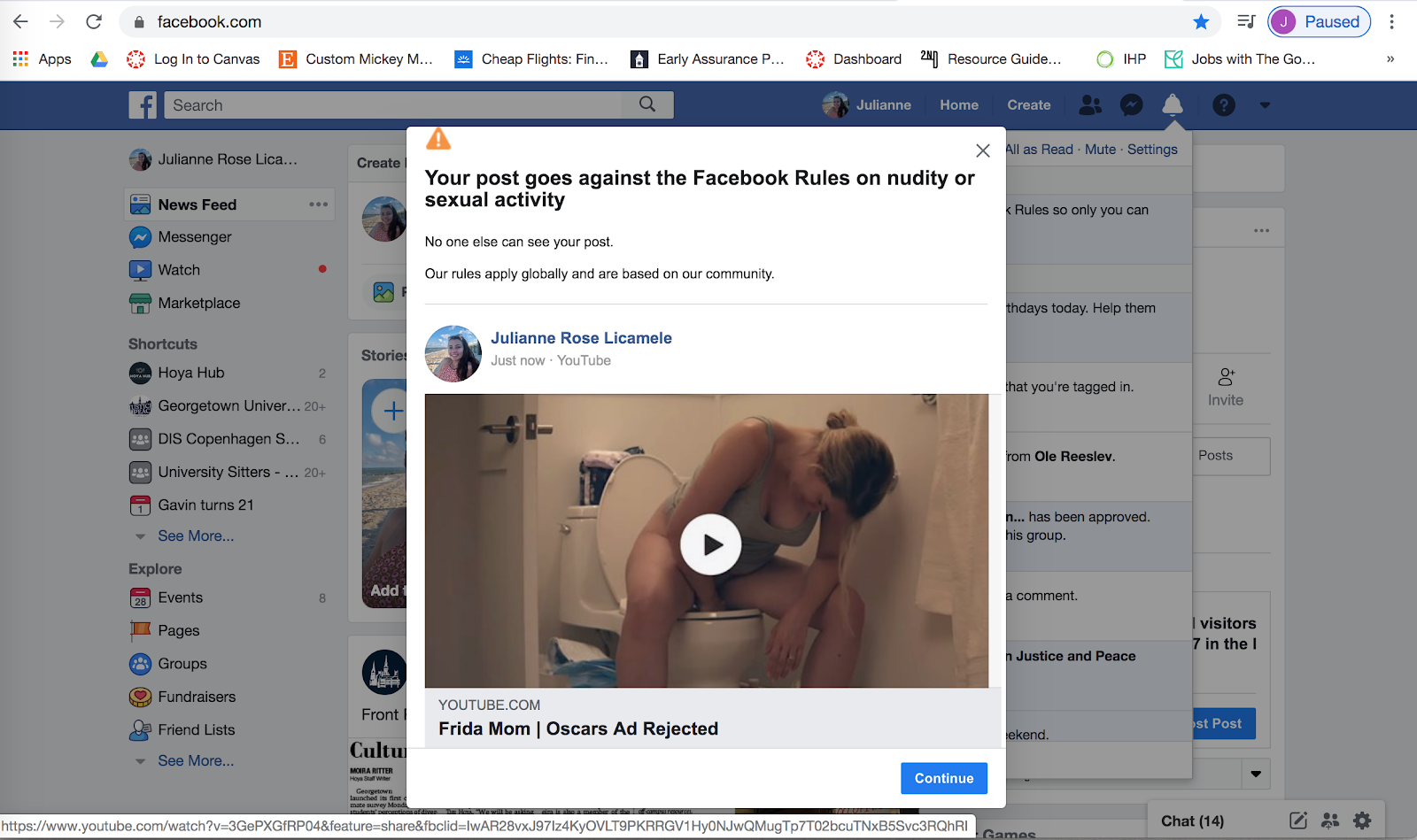 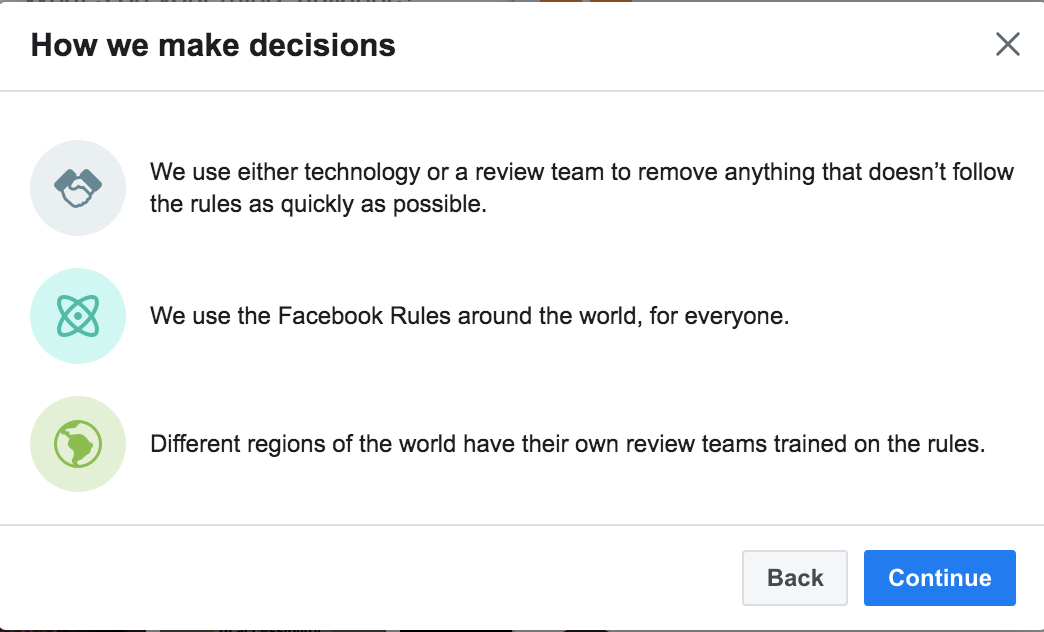